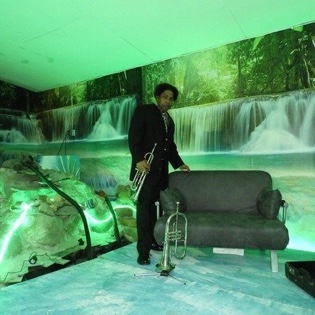 Play on it St. Louis

Who is David F. Gordon?

A Trumpet and Flugelhorn player, Dave has toured the world and recorded with many well-known artists including Illinois Jacquet, Tony Bennett, the Sun Ra Arkestra, NRBQ, Terry Adams, Tyrone Hill and the Deep Space Posse 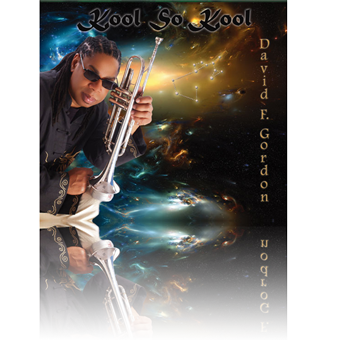 "When is a trumpet more than a trumpet?
When its in the hands of David F. Gordon from St. Louis, MO!" - Terry Adams from N.R.B.Q.

Cosmic Trumpet was shot on location, with Dave's family in Bermuda.

Dave says, "Every day we should create something new. Music is a gift that God gave to us!"

Dave has recorded and independently produced 4 CD's on his label, I Am Syntrump (IAS).

His music, including the latest release Kool, So Kool (2011) is available for purchase on this website or from CD Baby.com

At age 17, with the help of Joe Glickman, Dave left St. Louis, and played with Albert King.

Today Dave considers himself to be a success story and also the product of Jazz workshop mentoring." I come from Meacham Park, a place where a lot of people don't make it out alive.”

Dave offers his own Jazz workshop. Its purpose is to expose motivated and interested young musicians to the same love and understanding he received when he was a child.

David has performed with reknowned Jazz artists around the globe, in places like Shanghai's Melting Pot, London's Jazz Cafe, and in subways of New York City in a program called "Music Under New York"! Dave has also performed at M on the Bun with Dr. Dwight Dickerson and Sonja Kates. He also made several guest appearances at CJW's